“Les Jamelles, a story of encounters”

If one had to sum up the history of Les Jamelles wines in a few words, “the fruit of auspicious encounters” would be the natural choice… The history of these wines has been punctuated by several more or less fortuitous encounters that led to the creation of the brand in the early 1990s and to its development over the last two decades.

Let’s go back in time… 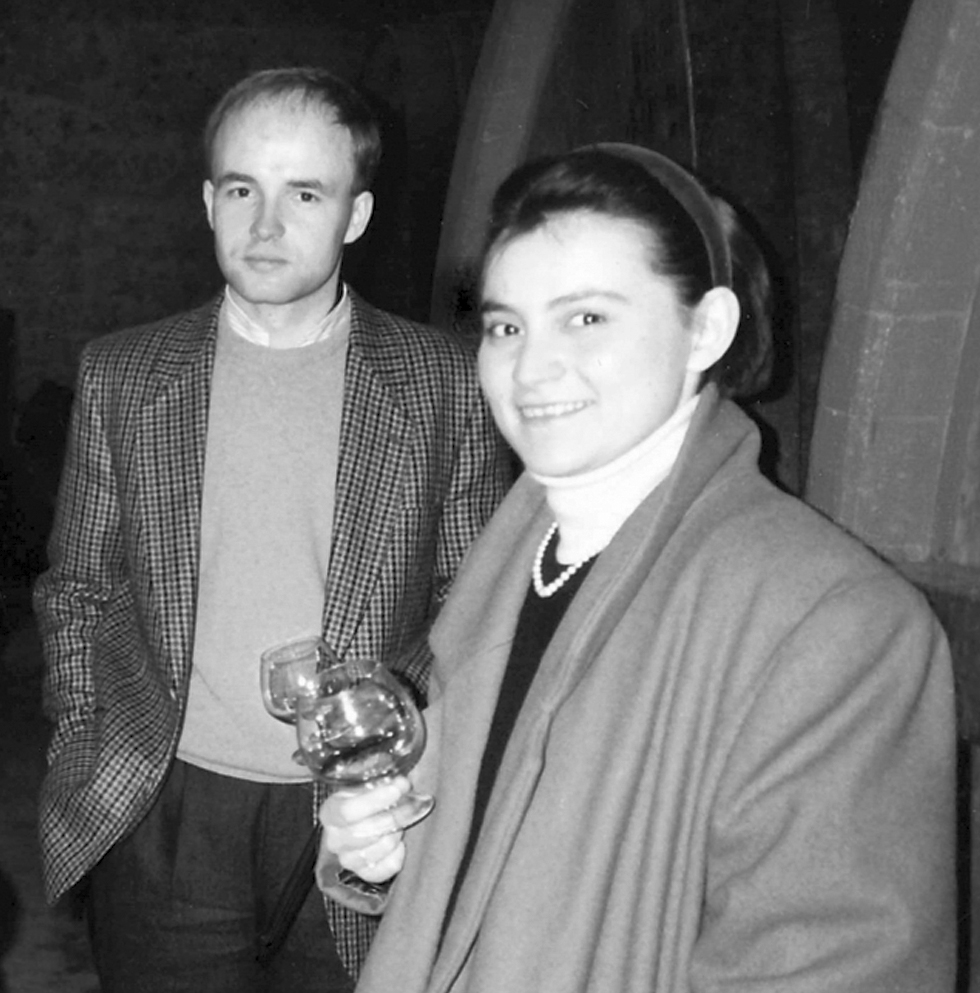 It was inevitable that Catherine, the daughter of Beaujolais winegrowers, and Laurent, representing the 5th generation of a family of Burgundian negociants, meet at university in 1986 where they were both studying oenology. Their future was destined to be in wine – that was for sure! 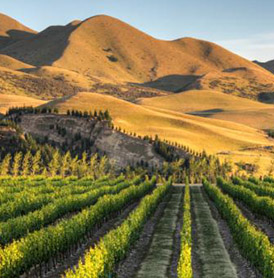 After finishing his studies, Laurent met a cousin who lived the United States and was passing through Burgundy. It just so happened that her future husband was a winemaker in California’s famed Napa Valley. That was all it took to get Laurent interested in discovering New World wines! He spent nearly one year in the United States and came back to France with a new outlook on wine along with a deep-rooted desire to create his own brand of varietal wines. 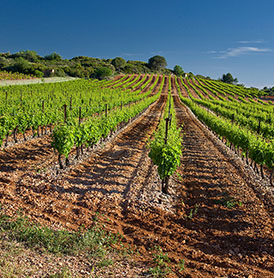 The encounter with the Languedoc...

In the early 1990s, there was not much opportunity for growth for young, enthusiastic winemakers in Burgundy, so Laurent and Catherine set off to discover the Languedoc region, which was undergoing great changes at the time. The diversity of its terroirs and grape varieties represented the new Eldorado that would allow them to create the wines they had been dreaming of making – wines that were round, balanced, expressive and typical of their grape varieties!

Melvyn Master, a long-time friend of Laurent’s father, was a specialist in the US market, where he was based. Catherine and Laurent spoke to him of their project and the three of them decided to work together to create a brand of French varietal wines from scratch! An innovative project at the time, which went against the traditional French approach that had historically been based on the notion of terroir rather than varietal. The new brand was christened “Les Jamelles”: a feminine name to evoke the roundness of the wines, in the plural form to reflect the diversity of the varietals, and melodious to recall the wines’ Languedoc roots, land of the troubadours. Melvyn took it upon himself to promote the wines in the United States. 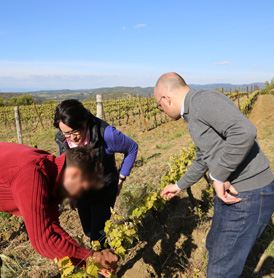 The encounter with growers in the Languedoc...

In order to execute their project successfully, Catherine & Laurent travelled the length and breadth of this immense winegrowing region in search of the finest plots, as well as to meet growers and convince them to partake in their project. With few available means (no vines, no winery, no money…), but immense energy and determination, they managed to enlist a few growers who set aside grapes from their plots for the couple and even allowed them to vinify the grapes at their wineries!
That was the beginning of the Les Jamelles adventure…

Les Jamelles, the encounter with the first consumers

As early as the first vintage, Les Jamelles wines were well received. First of all, in the United States where the Merlot and the Syrah, which were given high ratings by the celebrated wine taster, Robert Parker, won over Americans who were impressed by the accessibility and crowd-pleasing quality of these French cuvées.
And so, Les Jamelles continued with its overseas wooing: in 2002 the Sauvignon Blanc arrived on liquor store shelves in Quebec, following its win of a gold medal at a renowned Canadian wine competition.
Les Jamelles wines had been launched and since then have not stopped winning over new consumers around the world… 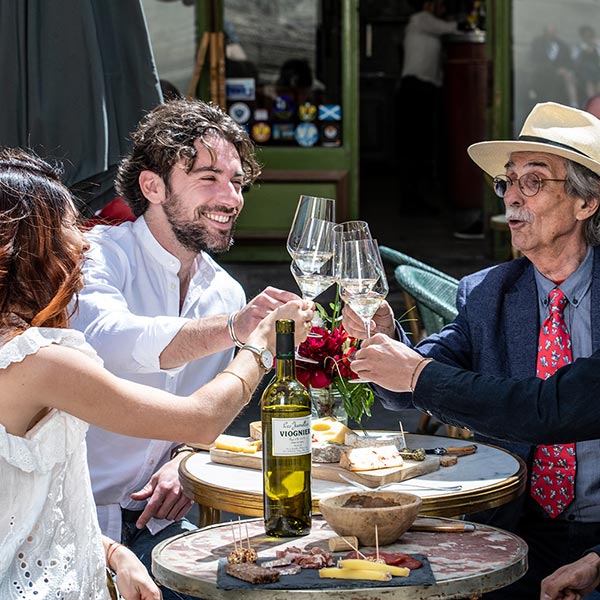 The promise of auspicious encounters

Les Jamelles is therefore the result of a series of auspicious encounters, whose wines bear within them this very notion of sharing and exchange.

With a range boasting over 30 cuvées that are exported to 45 countries, Les Jamelles has become a reference name in high-quality French varietal wines.

And its history continues to be written day after day…

Some highlights in pictures 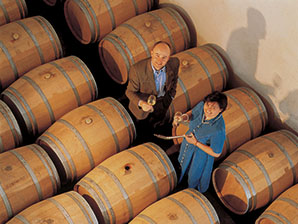 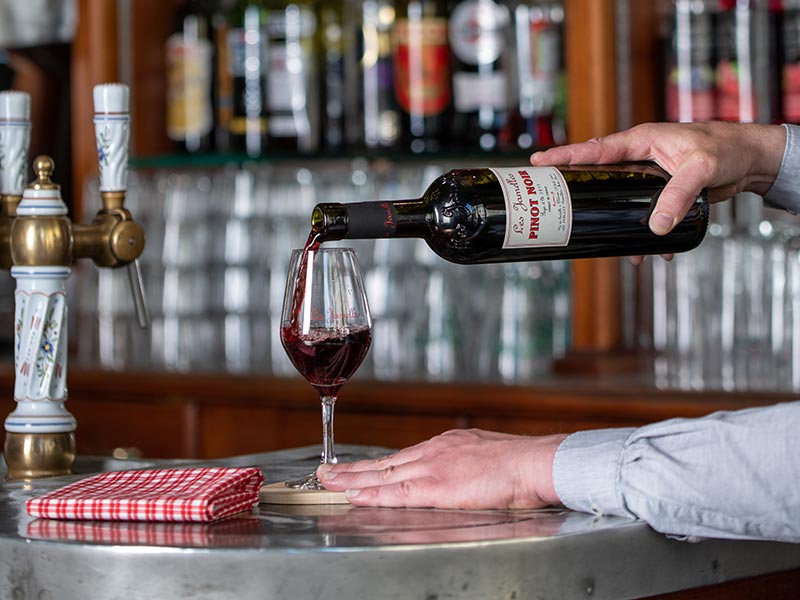 Launch of the wines on the French market, in restaurants and bistros, and at wine shops 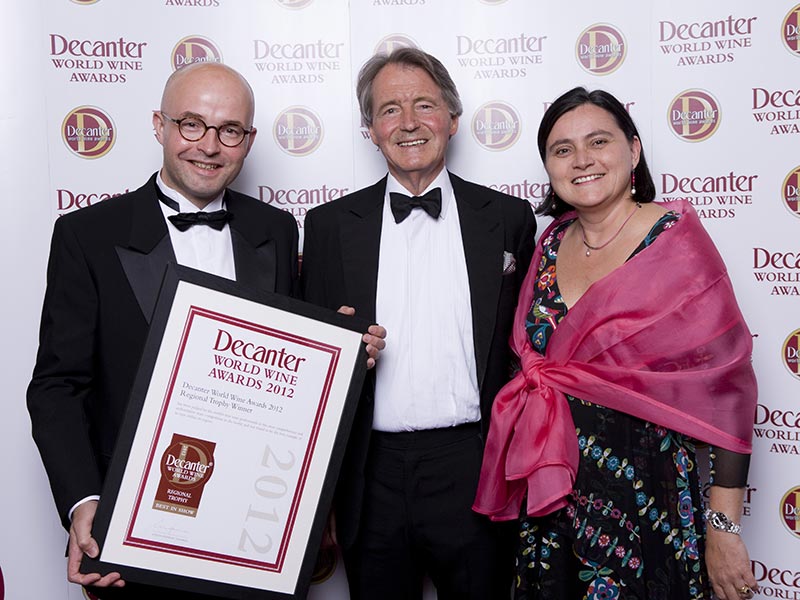 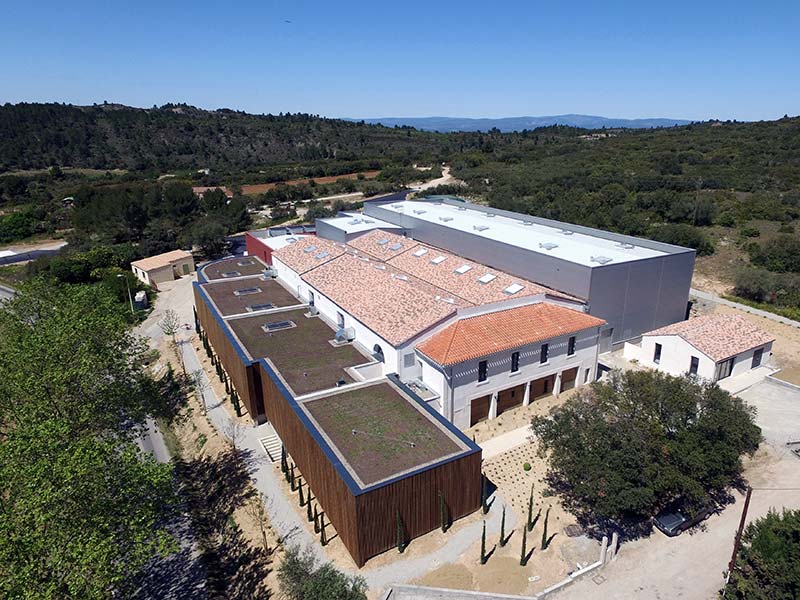 Construction of the Les Jamelles winery in Monze, near Carcassonne, in the Corbières region 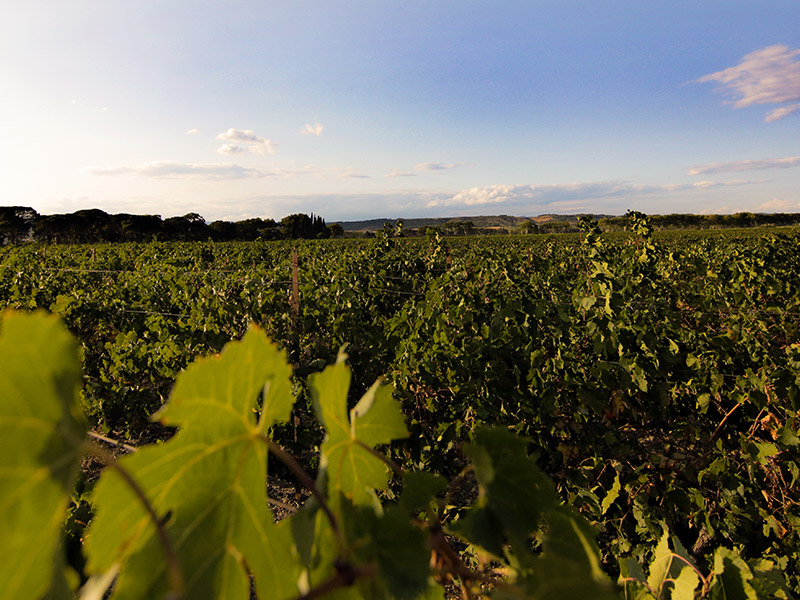 First purchase of vineyards in the Languedoc, in Ouveillan, near Narbonne 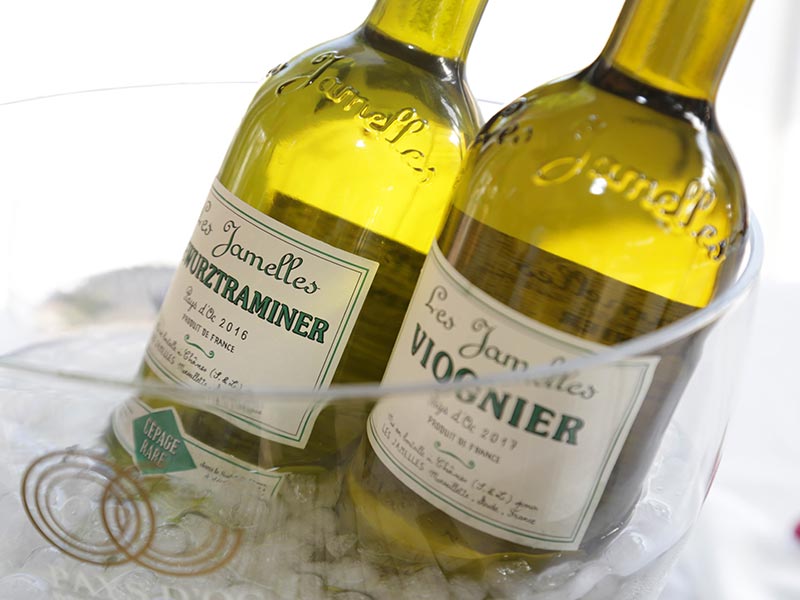 Major recognition from the Pays d’Oc wine trade board! Two Les Jamelles cuvées were chosen as ambassadors of the Pays d’Oc 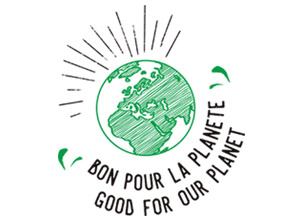 In the interest of reducing its carbon footprint, the brand reduced the weight of its bottle by 20% without changing its look.

This corresponds to 590 tons of less glass used per year! 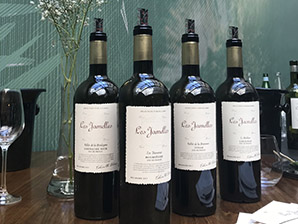 This range showcases Catherine & Laurent Delaunay’s in-depth knowledge of the Languedoc’s terroirs, along with their singular understanding of how the specificities of each grape variety are best adapted to these terroirs. 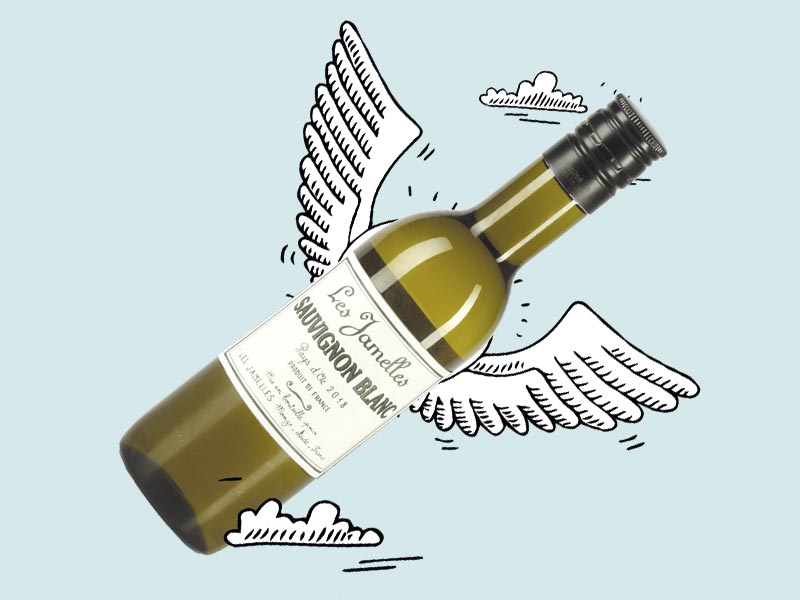 Les Jamelles is in the air!

It’s a first! The prestigious airline Air France signed a contract for Les Jamelles Sauvignon Blanc! The 187-ml airplane sized bottle will be served on board in economy class for several months at a time, for 3 years.

The growth of the ranges

Initially revolving around a few go-to grape varieties, such as Syrah, Merlot, Cabernet Sauvignon or Chardonnay, the range of wines expanded quickly in the early 2000s to respond to market demand. As a result, Pinot Noir, Sauvignon Blanc, and even Marsanne quickly joined the ranks!

In 2000, the first varietal blends came into being, under the name Sélection Spéciale. They illustrate the art of blending that is showcased in these cuvées that are crafted from grapes grown on old vines and partially aged in oak barrels. Cabernet-Merlot was the first cuvée, followed by a Viognier-Marsanne…

In 2009, the collection continued to expand with the introduction of wines crafted from rare, little-known or unexpected grape varieties within the Languedoc region. Originally named “Rare & Antique”, the range was renamed Cépage Rare a few years later. Alicante, Bourboulenc, Côt, and Macabeu were the first varieties selected. Today, Mourvèdre has become the emblematic varietal of this range.

In 2010, the range was extended to include a sparkling wine, crafted according to the traditional champenoise method: a blend of Chardonnay and Pinot Noir.

Two organic wines round out the range.

The Sélection Parcellaire range came into being in 2019. It is comprised of four cuvées that symbolize our in-depth knowledge of the Languedoc’s terroirs and how they are best adapted for the specificities of the various grape varieties that grow there. 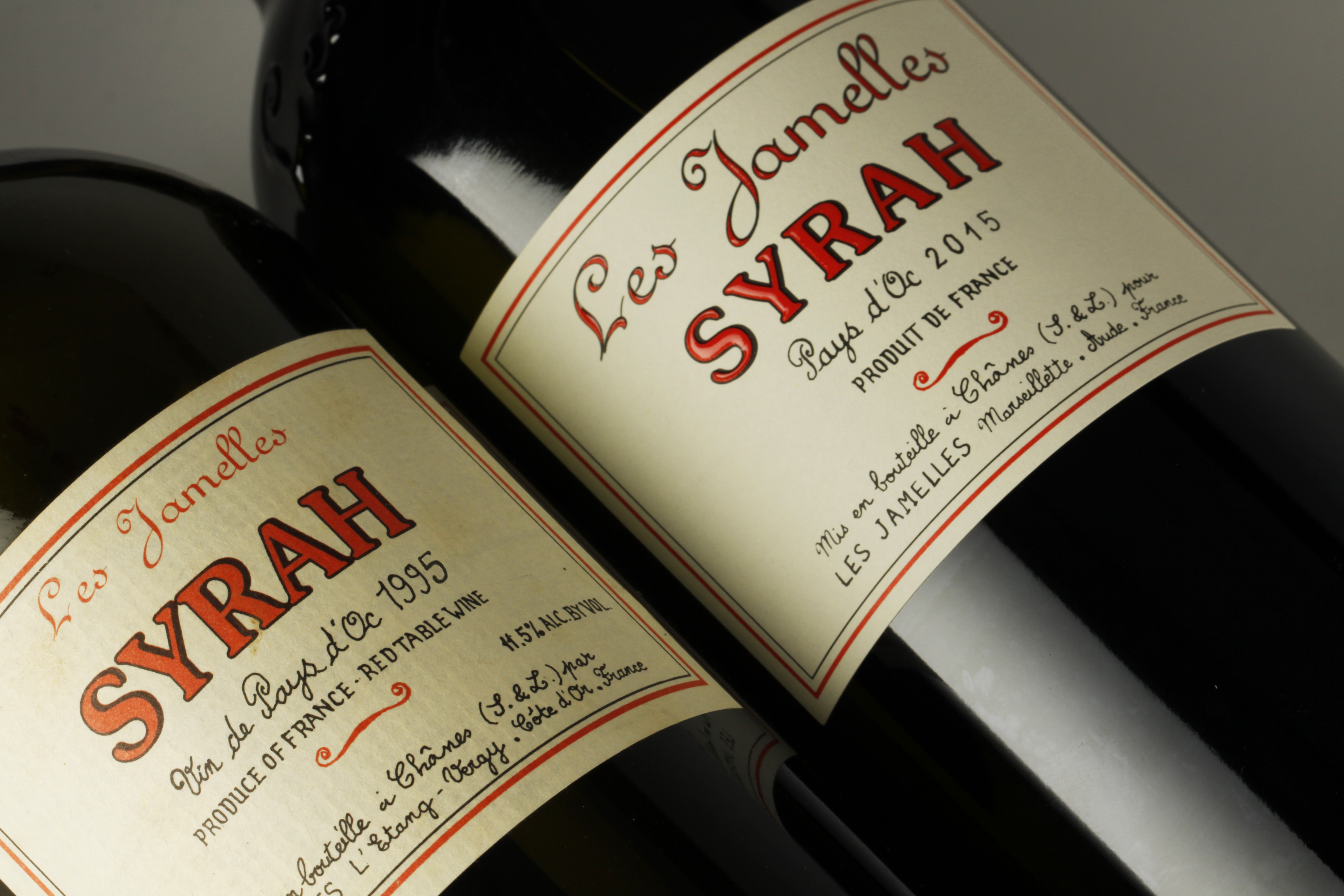 A label that has hardly changed since 1995

Control the use of your personal data

Any cookies that may not be particularly necessary for the website to function and is used specifically to collect user personal data via analytics, ads, other embedded contents are termed as non-necessary cookies. It is mandatory to procure user consent prior to running these cookies on your website.

By clicking on ENTER, I certify that I am of legal age to consume alcohol in my country of residence.